I first heard the name Karl popper from my school friend Jon Hawkes in the winter of 1968 after I showed him some juvenilia that I wrote about social reform in The Australian Humanist quarterly.

I was engaged in postgraduate research in Soil Science at the University of Adelaide and my supervisor was Keith Barley. He had an international reputation in soil-plant relations and he was a genuine intellectual as well; in 1967 in his office at the Waite Agricultural Research Institute I saw for the first time the Quadrant monthly magazine and The Australian Humanist. After reading Alberto Moravia’s collection of essays Man As an End: A defence of humanism , bought off the remainder table in the university bookshop, I decided I was probably a humanist and reading The Australian Humanist confirmed the impression. Keith did not attempt to share his lunchtime reading, it was just lying around in his office.

Midway through 1968 while Keith was in Edinburgh on sabbatical (study) leave, the head of the Agriculture faculty gave me some time off to think about my future.  I was unhappy with the direction of my studies because I had turned to Ag Science in the first place with the thought of qualifying to join some international agency engaged in the war on hunger. Halfway to the qualification for that kind of work I realised that world hunger was not an agricultural problem but a problem of politics, economics, and the like, and Sociology was probably the course that would take me to the roots of the problem.

So I did a road trip through Melbourne and Sydney and on the way called on Jon who was working in the bookshop at Monash University in Melbourne. He suggested I might like The Poverty of Historicism and The Open Society and Its Enemies by Karl Popper, although at the time I did not want to be told what to read because I intended to work it all out by myself.

When Keith Barley returned later in the year From Edinburgh, I told him about my change of plans and the next day he lent me The Poverty of Historicism and The Open Society and Its Enemies.

He was introduced to the works of Popper by his mentor, Geoffrey Leeper, Professor of Soil Science at Melbourne University.  Leeper had an international reputation in his field and he also served as assistant editor to the literary quarterly, Meanjin.  Leeper encountered Popper by way of Clarrie Palmer, a New Zealand meteorologist who moved to Melbourne University after the war. He was a member of the circle of scientists around Popper in New Zealand.

Then I spent the better part of a week lying in the mild Spring sun, working my way through the two volumes of The Open Society, including most of the notes.  This was an absolutely absorbing adventure in ideas. Marshall McLuhan was in vogue at the time with his concept of non-linear narratives and Popper used the notes to generate a non-linear narrative with rich cross-links between different parts of the book. So with one finger in the book to mark the place I would turn to a note that would refer to another note and another part of the text. Placing another finger at the first note I would then proceed to the next note that might refer to another part of the text, so with another finger to mark that place…and so on until I ran out of fingers and returned to the first place to read on.

And so that was the start of the adventure in ideas including the philosophy of science that was not a significant interest at the beginning although I was keen to read anything that might help the practical matter of advancing research. Fortunately I did not encounter the mainstream of the philosophy of science until I was hooked on Popper and I like to say that students in Australia had a better chance of getting a favourable introduction to Popper if they did Agriculture rather than Philosophy. 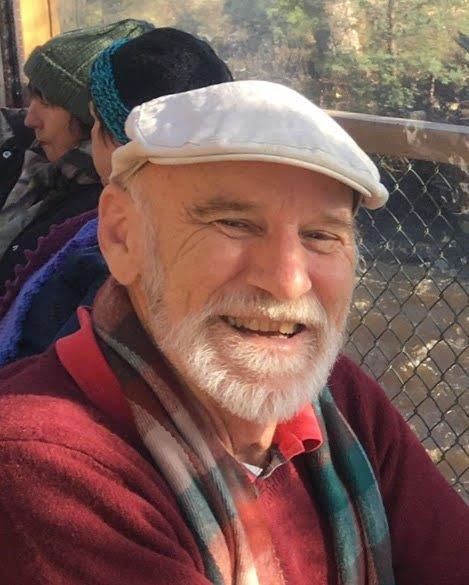 Rafe grew  up on a dairy farm in the far northwest of Tasmania and studied Agricultural Science at the University of Tasmania followed by post-graduate research in Adelaide. He moved into the social sciences in Sydney but did not achieve an academic career and spent most of his professional career in policy, planning and research on health and welfare issues. His main interest after he encountered Popper’s ideas on critical rationalism, objective knowledge & etc. was to explore and explain their implications and applications.  His first wife (Kilmeny Niland 1950-2009) was a talented and versatile artist and she created the beautiful Rathouse website. to provide a platform for Rafe’s interpretation of the work of Popper, Bartley III, Hayek and others including the great psychologists Karl Buhler and Ian D. Suttie.

To get in touch with Rafe, email rafe.champion@gmail.com.

Follow How Karl Popper Has Made a Difference in Our Lives on WordPress.com