Joseph Agassi, FRSC, studied at a rabbinical school, at the Hebrew University of Jerusalem (M. Sc., physics) and at the University of London, where he was assistant to Karl Popper (Ph. D., general science: logic and scientific method). He was a parachute instructor in the Israeli Defense Force. He is professor emeritus at Tel Aviv University and York University, Toronto and Membro Onorario del Corpo Accademico dell’Universita degli Studi “Gabriele d’Annunzio”, Chieti-Pescara, Italia.

Joe edited about ten books and authored about twenty plus about 600 contributions to the learned press. Among them are Science in Flux, Science and Society, Science and Culture, and Science and Its History; The Siblinghood of Humanity: Introduction to Philosophy, Towards a Rational Philosophical Anthropology; Liberal Nationalism for Israel: Towards an Israeli National Identity;  A Philosopher’s Apprentice – In Karl Popper’s Workshop; The Hazard Called Education; Ludwig Wittgenstein’s Philosophical Investigations: An Attempt at a Critical Rationalist Appraisal; Academic Agonies and How to Avoid Them.  He co-authored with Yehuda Fried Paranoia: A Study in Diagnosis and Psychiatry as Medicine; with Nathaniel Laor Diagnosis: Philosophical and Medical Perspectives; with Abraham Meidan Philosophy from a Skeptical Perspective; with Ian C. Jarvie A Critical Rationalist Aesthetics; and with David Harel Malevich: the Lost Paintings.

Joseph can be contacted at agass@tauex.tau.ac.il.

Rafe grew  up on a dairy farm in the far northwest of Tasmania and studied Agricultural Science at the University of Tasmania followed by post-graduate research in Adelaide. He moved into the social sciences in Sydney but did not achieve an academic career and spent most of his professional career in policy, planning and research on health and welfare issues. His main interest after he encountered Popper’s ideas on critical rationalism, objective knowledge & etc. was to explore and explain their implications and applications.  His first wife (Kilmeny Niland 1950-2009) was a talented and versatile artist and she created the beautiful Rathouse website. to provide a platform for Rafe’s interpretation of the work of Popper, Bartley III, Hayek and others including the great psychologists Karl Buhler and Ian D. Suttie.

Rafe was one of the organizers and hosts of the 24 hr. Transcontinental Popperian ZOOM Meet ‘n Greet of January 9-10, 2021.  To get in touch with Rafe, email rafe.champion@gmail.com.

Danny Frederick was brought up in the old Notting Hill slums (long since demolished) and then a council estate in Shepherd’s Bush. He studied philosophy at the London School of Economics, where he first encountered the work of Karl Popper. He did postgraduate work in philosophy at Lancaster University and at Birkbeck College London. He also taught philosophy at King’s College London. He then worked for eighteen years in administration, management, and accountancy. He resigned from his job in 2006, having made sufficient money, and found himself gradually drawn back into academic philosophy, particularly the works of Popper and philosophers influenced by Popper.

Since November 2009 he has had forty-eight articles published, or accepted for publication, in peer-reviewed academic journals and books. Many of the articles expound or develop Popper’s work and apply Popper’s approach to questions in metaphysics, epistemology, ethics and politics. Danny’s first book, Freedom, Indeterminism, and Fallibilism, was published in 2020 in the Palgrave Studies in Classical Liberalism series. His second book, Against the Philosophical Tide: Essays in Popperian Critical Rationalism, was also published in 2020.  Visit Danny’s profile at independent.academia.edu to learn more about his work.

Danny can be contacted at dannyfrederick77@gmail.com.

Jon Guze is Director of Legal Studies at the John Locke Foundation.  Before joining the John Locke Foundation, Jon practiced law in Durham, North Carolina for over 20 years. He received a J.D., with honors, from Duke Law School in 1994 and an A.B. in history from Harvard College in 1972. In between, he studied architecture and, as a Vice President at HOK, Inc., he managed numerous large architectural and engineering projects across the US and in the UK.

Jon lives in Durham, North Carolina with his wife of more than 40 years. He has four children and six grandchildren.

Jon can be reached at jguze@johnlocke.org. 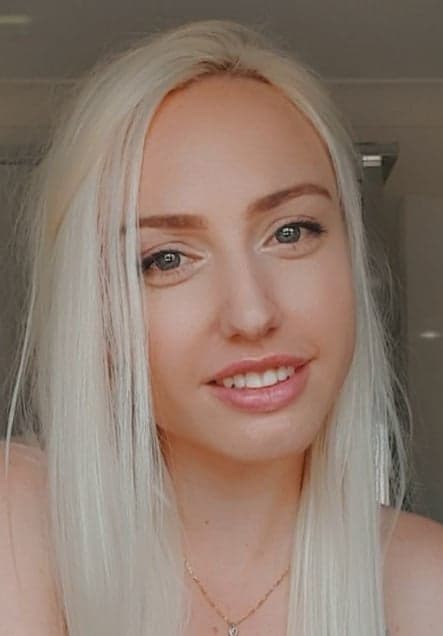 Elyse first heard of Karl Popper when she was 24 years old, while she was searching for answers to questions regarding the beginning of science and its history. Since then, she has been determined to spread Popper’s work in whatever way possible. Elyse has been given permission from the Karl Popper Library (where the copyright to Popper’s work remains) to publish the first Audiobook version of his Conjectures and Refutations which can be found at Elyse’s YouTube Channel. She is very passionate about this project and continues to work on it to this day. Elyse looks forward to the day where she can make an even bigger contribution to Popper’s work, by making his ideas more readily available to the public.

Elyse was one of the hosts of the 24 hr. Transcontinental Popperian ZOOM Meet ‘n Greet of January 9-10, 2021.  Elyse can be contacted at elysehargreaves@gmail.com.

I got to know Karl Popper’s philosophy in 1992 through his (1979) Objective Knowledge, An Evolutionary Approach when I was studying strategic management in the USA.  Popper made a difference in my life in that he was the first author who gave me a philosophical framework — his Three-worlds hypothesis — that I felt comfortable defending and expanding.  To be sure, I am fully aware of the many contradictions and inconsistencies in Popper’s philosophy but I treat them as opportunities for growth and learning; i.e.,  as evidence that Popper’s philosophical project was a work in progress when he died in 1994.  It is up to us to continue his work where he left it off by picking up some of these loose ends and developing them.  The particular loose ends on which I am working is Popper’s use  of metaphors and his metaphor theory-in-use.

I was one of the organizers and hosts of the 24 hr. Transcontinental Popperian ZOOM Meet ‘n Greet of January 9-10, 2021.  To get in touch with me, email ourkarlpopper@gmail.com. 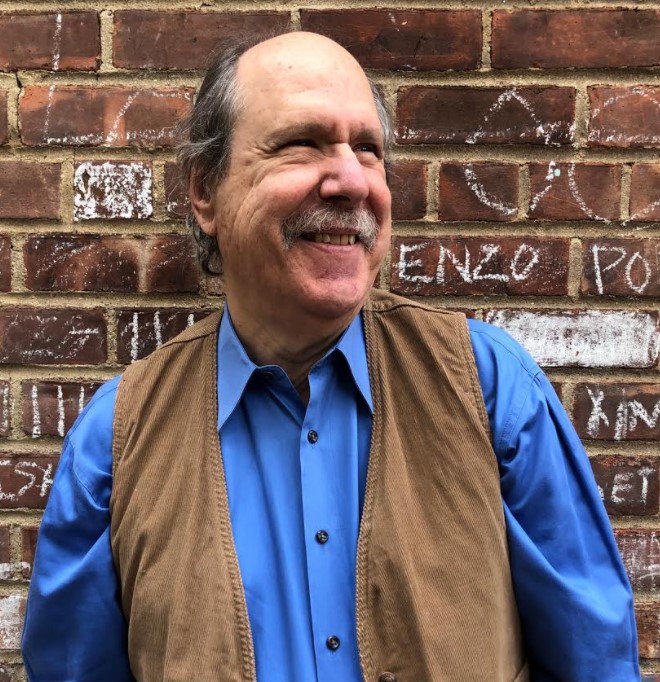 Paul Levinson, PhD, is Professor of Communication &amp; Media Studies at Fordham inNYC.  His nonfiction books, including The Soft Edge, Digital McLuhan, Realspace, Cellphone, New New Media, McLuhan in an Age of Social Media, and Fake News in Real Context have been translated into 15 languages. His science fiction novels include The Silk Code (winner of the Locus Award for Best First Science Fiction Novel of 1999), Borrowed Tides, The Consciousness Plague, The Pixel Eye, The Plot To Save Socrates, Unburning Alexandria, and Chronica. His award-nominated novelette, “The Chronology Protection Case,” was made into a short film and is on Amazon Prime Video. He appears on CBS News, CNN, MSNBC, Fox News, the Discovery Channel, National Geographic, the History Channel, and NPR.  His 1972 album, Twice Upon A Rhyme, was re-issued in 2010, and his new album, Welcome Up: Songs of Space and Time, was released in 2020.

Paul Levinson can be reached at levinson.paul@gmail.com. 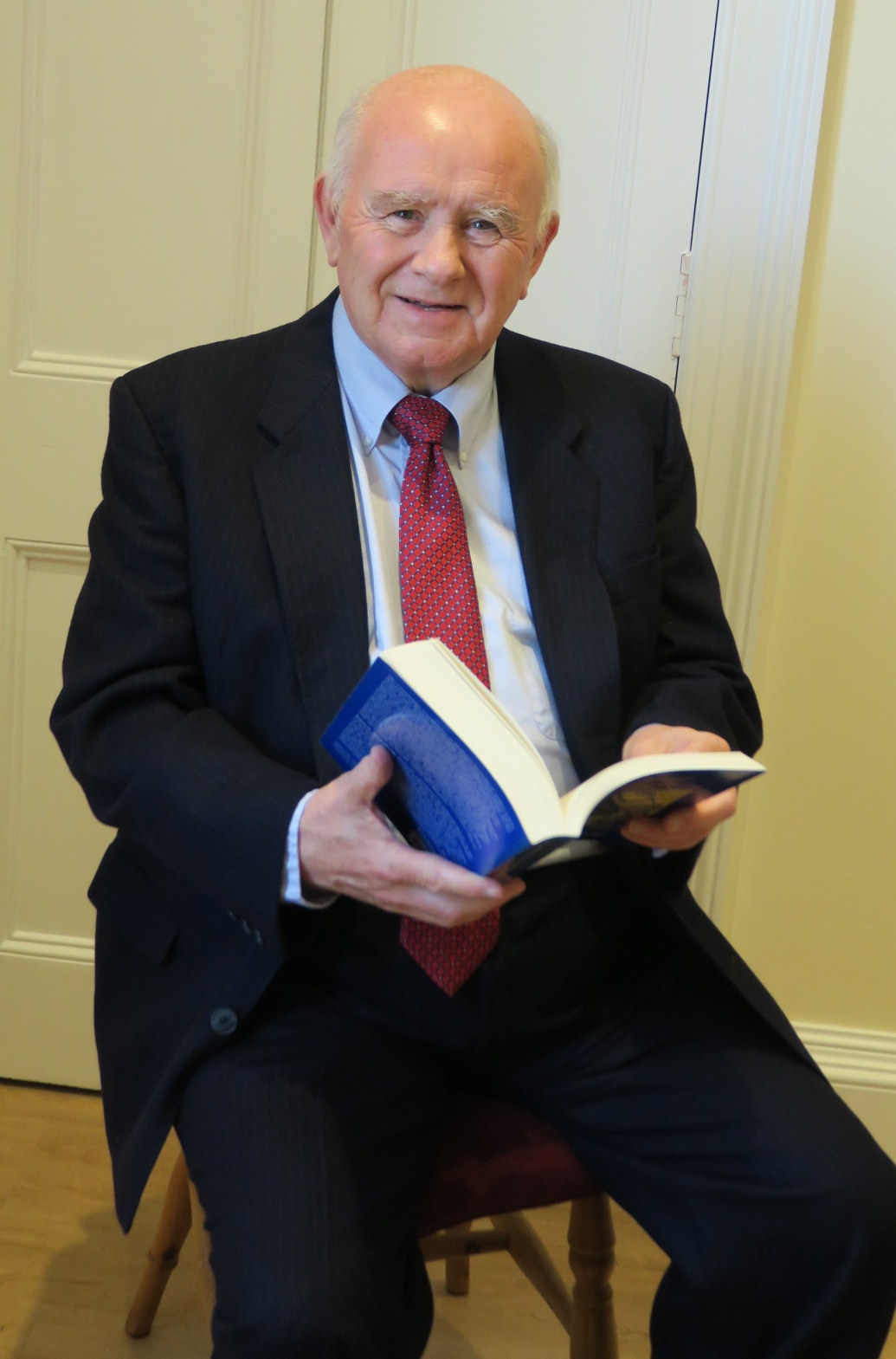 Jeremy Shearmur was educated at the London School of Economics, where he also worked as Popper’s assistant.  He subsequently taught philosophy at Edinburgh, political theory at Manchester, and was Director of Studies at the Centre for Policy Studies in London.  He then worked as a Research Associate Professor at the Institute for Humane Studies at George Mason University, and subsequently taught political theory and then philosophy at the Australian National University.  He is now retired from the ANU as an Emeritus Fellow and is living in Dumfries in Scotland, where he is still very much engaged in academic work.  He has published Hayek and After and The Political Thought of Karl Popper, jointly edited several volumes including Popper’s After the Open Society and The Cambridge Companion to Popper, and many papers on philosophy, the history of political thought and the history of economics. His edition of Larry Briskman’s A Sceptical Theory of Scientific Inquiry: Problems and their Progress came out with Brill in 2020, and his edition of Hayek’s Law, Legislation of Liberty is due out with the University of Chicago Press in 2021.

Jeremy can be reached at Jeremy.Shearmur@anu.edu.au.

Rod was born in Wales. He was educated at the University of York, UK and presently works as a senior lecturer for the Newcastle Business School, Northumbria University, UK. Prior to this he worked in management for the UK National Health Service. He has published articles in Cambridge Journal of Economics, Philosophy of Management, Kybernetes, The Journal of Management in Medicine, The Journal of Organisational Transformation and Social Change and elsewhere.

To learn more about Rod’s research interests and publications, click here. He can be contacted at rod.thomas@northumbria.ac.uk.

Phil was one of the hosts of the 24 hr. Transcontinental Popperian ZOOM Meet ‘n Greet of January 9-10, 2021.  He can be contacted at phillipkwood@gmail.com

Follow How Karl Popper Has Made a Difference in Our Lives on WordPress.com